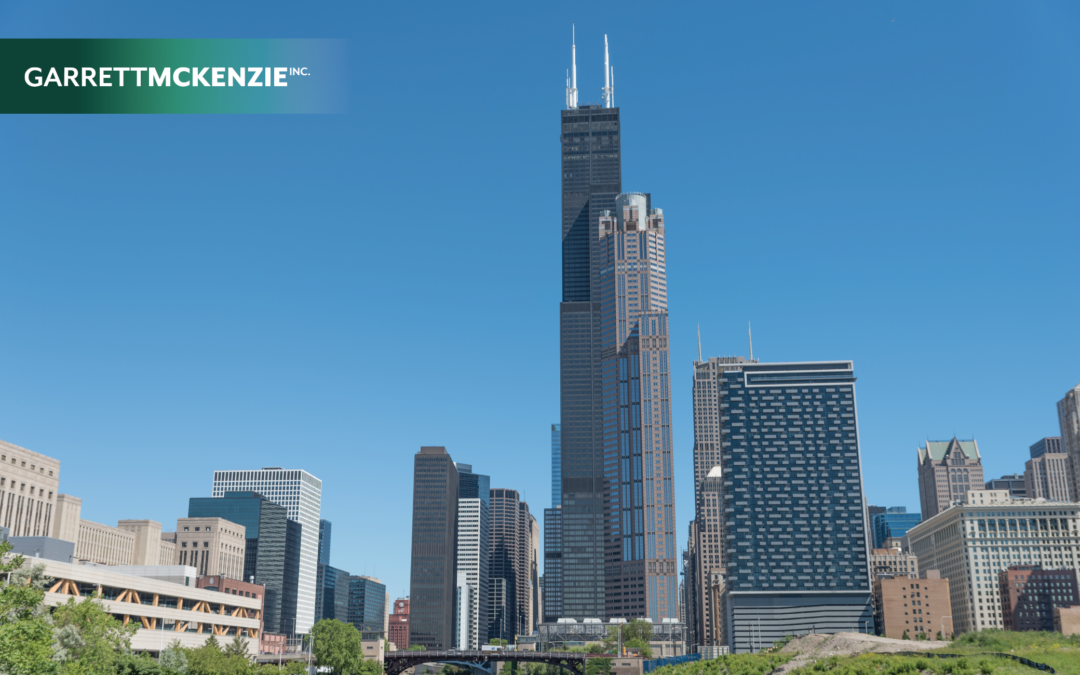 In May 2020, Chicago saw a record amount of rainfall, over 8” during the course of four days. This unprecedented rainfall caused stormwater flooding which took out the electrical substation at the Willis Tower. The Willis Tower, still known to locals as Sears Tower, is the 3rd largest skyscraper in America at 110 stories tall,with more than 100 businesses including a major airline, insurance company, financial group, and many more including radio and television broadcasting from Willis Tower’s rooftop.

Power disruption halted business operations which is a monumental problem for such a large building encompassing 4.56 million gross square feet. Having the right resources and emergency equipment response are essential when power goes out. Establishing temporary power allows the business to operate until power is restored.

The substantial rainfall left two backup generators underneath the tower underwater and unsalvageable. With no source for backup power, the tower critically needed a temporary backup power source. While the main power was eventually restored, it was critical to have a source for standby power while the backup generators were replaced.Garrett McKenzie was contracted by an electrical contractor to provide 2000kW standby power, from our containerized diesel generator rental fleet.

When disasters occur, resources are spread thin. By mid-afternoon Tom Dominguez, a spokesman for Commonwealth Edison Co. reported that the substation that provides electricity to the skyscraper was still three feet underwater. The utility companies were also working endlessly to get backup generators on-site.

Garrett McKenzie utilized a 2-Meg Generator from its emergency generator fleet and got the tower sourced with standby power at the Willis Tower. Standby power is used when the main source of power fails, and allows for power to switch over with little delays. Diesel generators can start and assume a load in less than 10 seconds, providing power while the primary source is restored.

Temporary power sourcing is critical and a necessity for business operations. Extreme rainfall, natural disaster and other emergencies can cause power disruption, just like the flooding at Willis Tower.

All disasters have one thing in common is the need for portable power, not only generators but the portable power distribution hardware to deliver the power safely and efficiently. Garrett McKenzie has an extensive fleet of mobile generator rentals and the knowledge to support disaster situations.

Download our Case Study to see more about the Willis Tower and how they used standby power to keep businesses operating during a power disruption.

At Garrett McKenzie, we deliver effective solutions for managing all your restoration and mitigation needs, including the desiccant dehumidifiers, generators, support equipment needed to get the job done right. Our professional team is available 24/7 ready to answer your questions or deploy a team to get your business back in order.