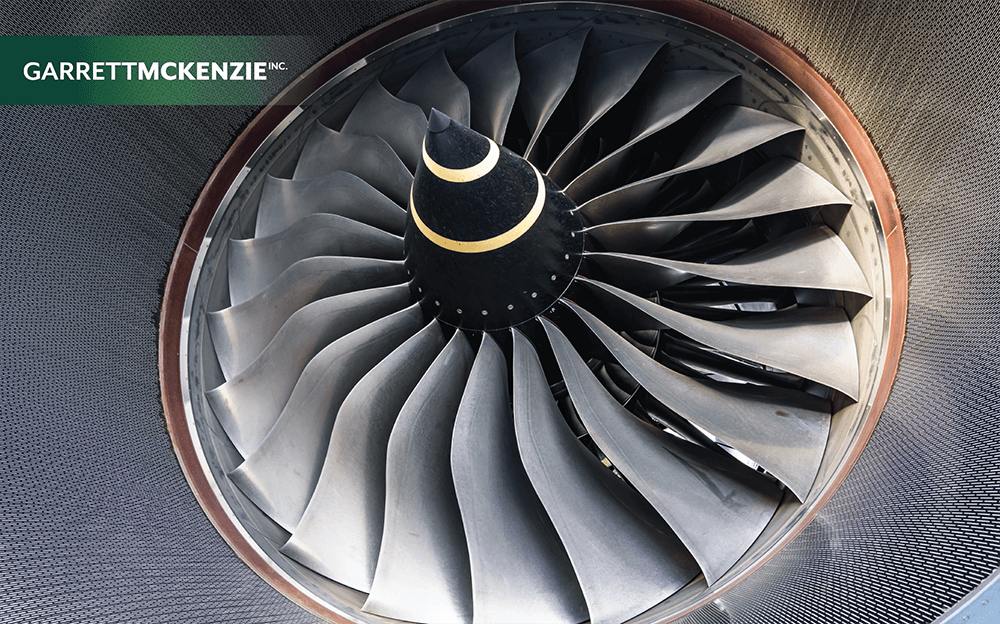 With over 175 years of combined experience, Garrett McKenzie has become a trusted name in fire and water restoration. After an aerospace engine fire, we were called in for restoration services.

Fire protection is given one of the highest considerations in airplane design, testing, and certification. In designing an airplane’s fire protection systems, companies use the principles of separation, isolation, and control. These principles involve separating the 3 essentials for creating a fire (i.e. fuel, ignition source, and oxygen), isolating potential fires from spreading to other parts of the airplane, and controlling a fire if one should occur.

We were called to come on-site for by a major airline company when one of their aircrafts suffered an engine fire. The fire resulted in smoke and water damage to the internal aviation components, passenger cabin, and cockpit.

Due to the reputation of the client, it was important for our team to use discretion while working to restore the aircraft. We needed to work to preserve the aircraft for potential and future litigation with the company and the fire.  Security clearance, location of aircraft, and size of aircraft were a few of the larger logistic challenges our team had to work around and consider while making the repairs.

Non-destructive remediation techniques were utilized to preserve potential evidence for the litigation process. Our team worked to prevent corrosion of metals and further damage to the aircraft systems with self-contained power units for desiccant dehumidification. We made sure that the passenger area and lower two cargo areas were isolated to prevent further moisture migration.

All efforts were successfully performed and allowed us to help get their company back up and running.

At Garrett McKenzie, we deliver effective solutions for managing all your restoration and mitigation needs. Our professional team is available 24/7 ready to answer your questions or deploy a team to get your business back in order.